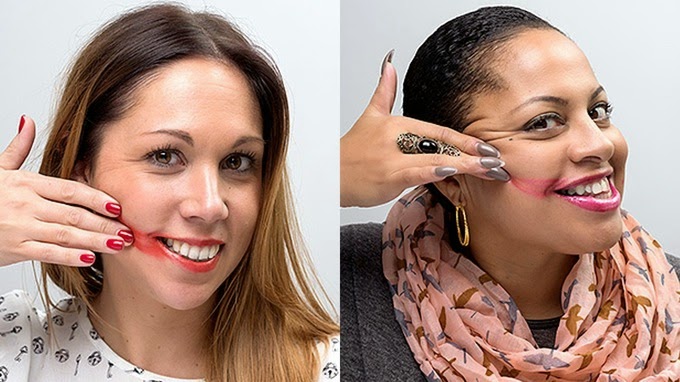 SmearForSmear is a cervical cancer awareness campaign launched after figures shows that over a million women failed to go for a smear test in 2013/2014. Social media users are being encouraged to smear lipstick across their cheeks and post selfies online and nominate friends to do the same. This would encourage and also create more awareness about the importance of the test.

Robert Music, Chief Executive of Jo's Cervical Cancer Trust said "Every day we see the devastating impact a cervical cancer diagnosis can have on both a woman and her loved ones. He added "But to know that, for those that delayed their screening before diagnosis, this could have been prevented is tragic. It's now time that we see an upward shift in awareness of cervical cancer and an understanding of the importance of smear tests."

Early detection is a key thing!!Get checked!
Posted by Duchess at 03:00