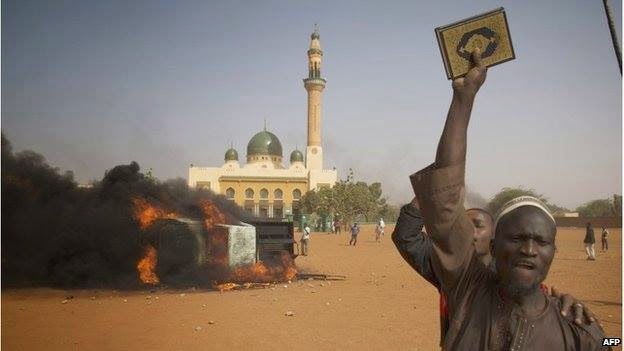 Last week's Charlie Hebdo newspaper publication of Prophet Muhammad's cartoon in Paris has triggered protests in the Republic of Niger. Five persons are said to have been killed in the capital city Niamey. Protesters on Saturday set fire to churches and attacked French-owned commercial enterprises and properties. Police in the nation's capital threw tear gas into a crowd of protesters as they marched to the parliament to protest.


Why burn churches and kill each other in Niger over a cartoon published in Paris? Reprisal attack will not yield to anything peaceful!
Posted by Duchess at 12:59