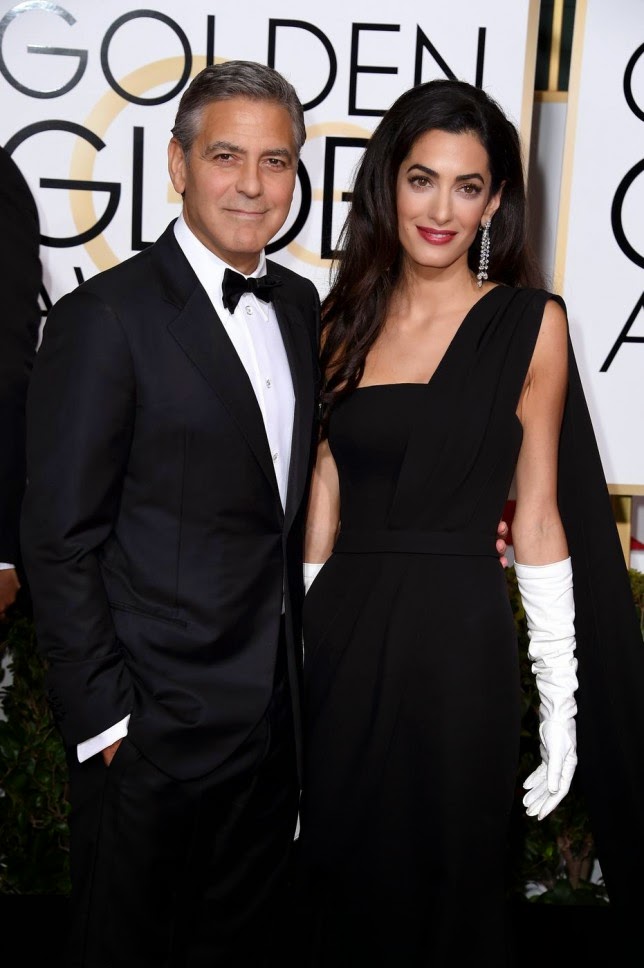 George Clooney and his wife Amal were also the cynosure of people's eyes at the Golden Globes Awards 2015. The human rights lawyer whose husband is being honoured with Cecil B.Demille lifetime achievement award, accompanied him in a pair of white gloves, clad in black Dior column dress and clutch with a badge stating 'Je Suis Charlie'.
Mrs Clooney left tongues wagging on Twitter about her elbow length white gloves, which not many had a hang of as a fashion statement. The topping on the ice cream was when her husband said ‘She sewed them this morning,’ said George Clooney. ‘She’s very handy,’ he added. 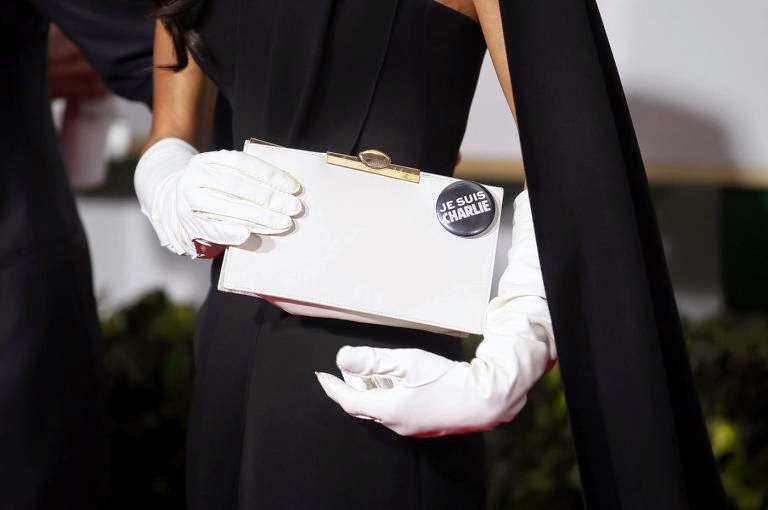 I'm sure there will be more debate on this matter . If its a fashion statement or not..lol!
Posted by Duchess at 16:53