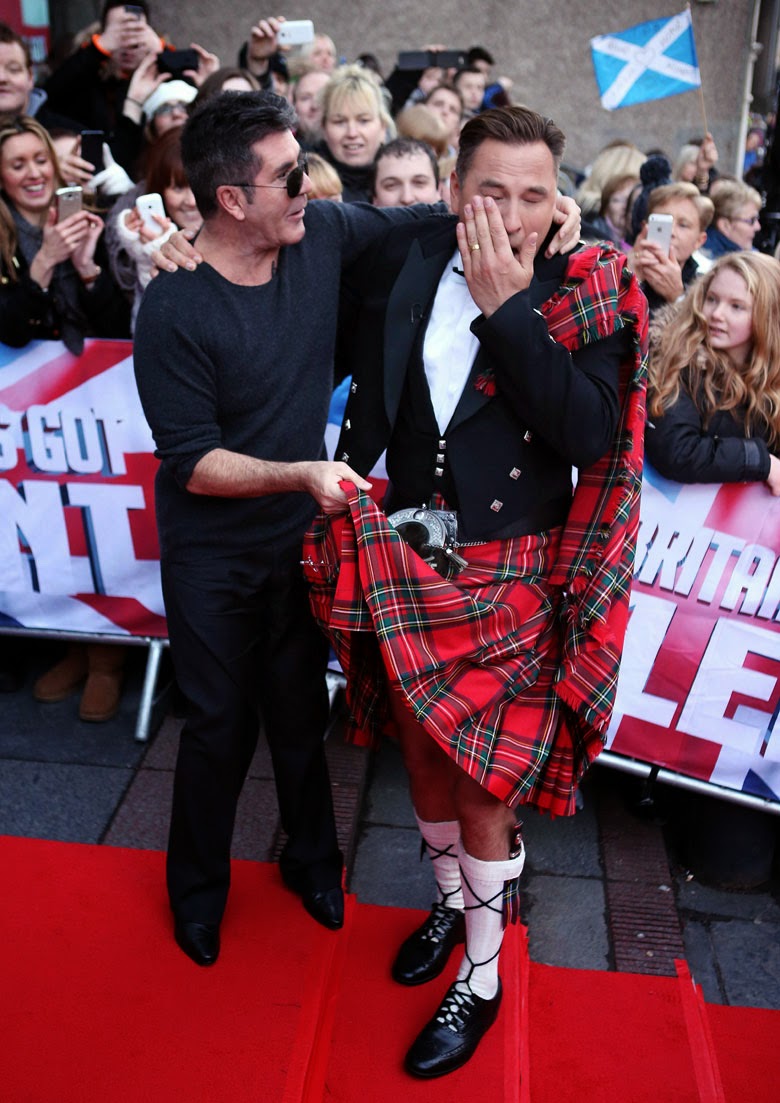 British Got Talent judge, David Williams was the cynosure of all eyes yesterday at Edinburgh during auditions of the Talent hunt. The judge was garbed in kilts complemented with a bagpipe which he appeared to be playing along with a Pipe Band.

Simon Cowell, the show boss however put him through a 'real Scot' test by lifting his kilts to flash the crowd. David's day was saved by a white pant he adorned. It is assumed that a real Scot does not wear any brief under the kilts.