Americans take it to new height 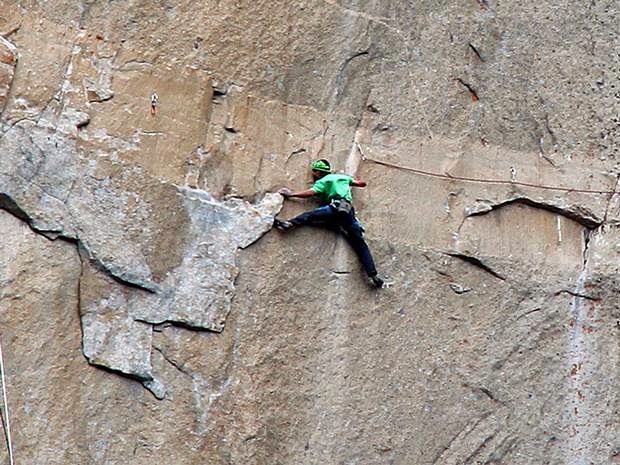 Success celebration naturally comes with a big smile and champagne for those who drink. It was not different when American duo Kelvin Jorgeson and Tommy Caldwell made history. The Dawn wall of El Capitan in Yosemite National Park, California was the target of the men, where it took them 19 days to free-climb 914 meters height thereby making history as the first to conquer such sheer face height in mountain climbing. Their efforts became a feat as the ascent was a free climbing using hands and feet with the harness on them only to arrest falls.

I was following-up on these men attempt and could not help but applaud them especially viewing them resting in their camp tents on the sheer face at very great heights. President Barack Obama in commending the men said their effort is a reminder that 'anything is possible'.

Quite motivating. The word impossible is even 'I'm possible'. 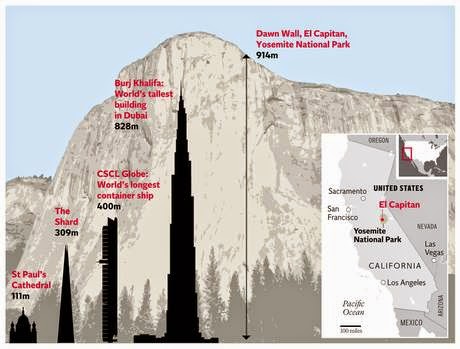 You may visualise their feat vis-a-vis other world's notable landmarks depicted in the image above.
Posted by Duchess at 20:22