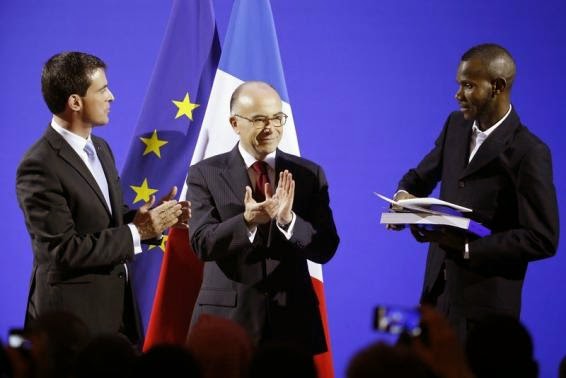 The Jewish grocery store (Kosher supermarket) employee Lassana Bathily has been offered French citizenship following the bravery he exhibited during the attack carried out in the store he worked. The Malian muslim employee, risked his own life and hid 15 people in the store’s freezer to protect them from harm.

Bathily, 24, was joined by French Interior Minister Bernard Cazeneuve and Prime Minister Manuel Valls in a naturalisation ceremony to honour him. He received a medal for his bravery and said "I am so happy to get dual nationality," he added "Long live freedom, long live solidarity, long live France." 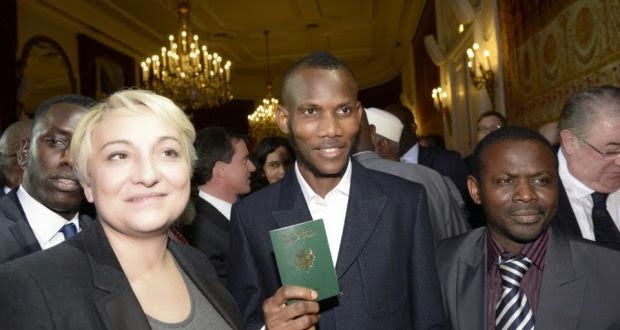 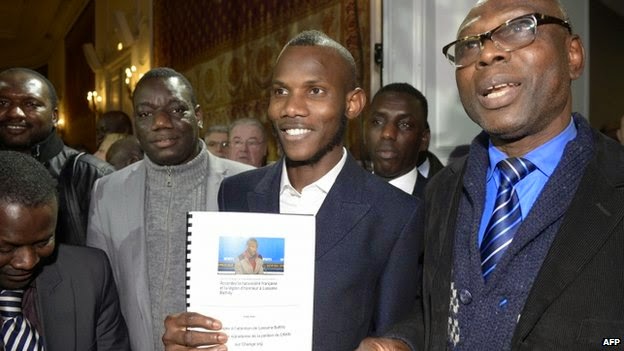 Worthy of emulation I must say.
Posted by Duchess at 00:23