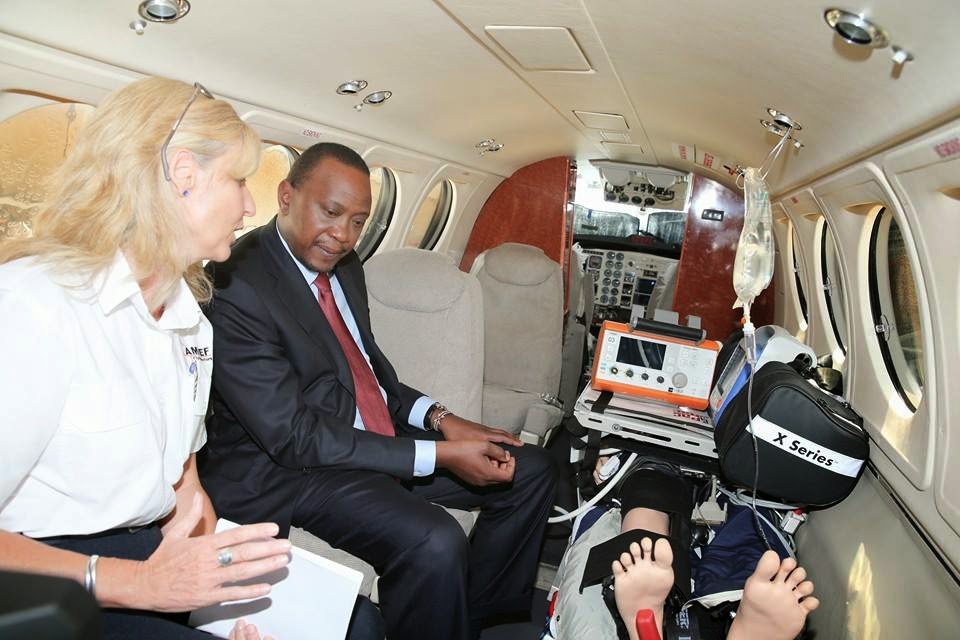 The President of Kenya Uhuru Kenyatta has launched the air ambulance service to enhance a swift medical attention for security forces. The initiative is said to help boost morale of the service men and to also improve the travel time which was an issue when trying to get the wounded service men to a medical facility.

In his words he stated "This is a crucial service, especially for our security officers, who put themselves on the front line against our enemies, to ensure that Kenyans are safe wherever they are,".
The security forces are said to be combating armed robbers and cattle thieves in the North -Western Samburu region also referred to as "Valley of Death".

Mr President I'm smiling all the way...I hope his African counterparts are taking a cue from him.Well done!