Parents charged for son's absence at a birthday party 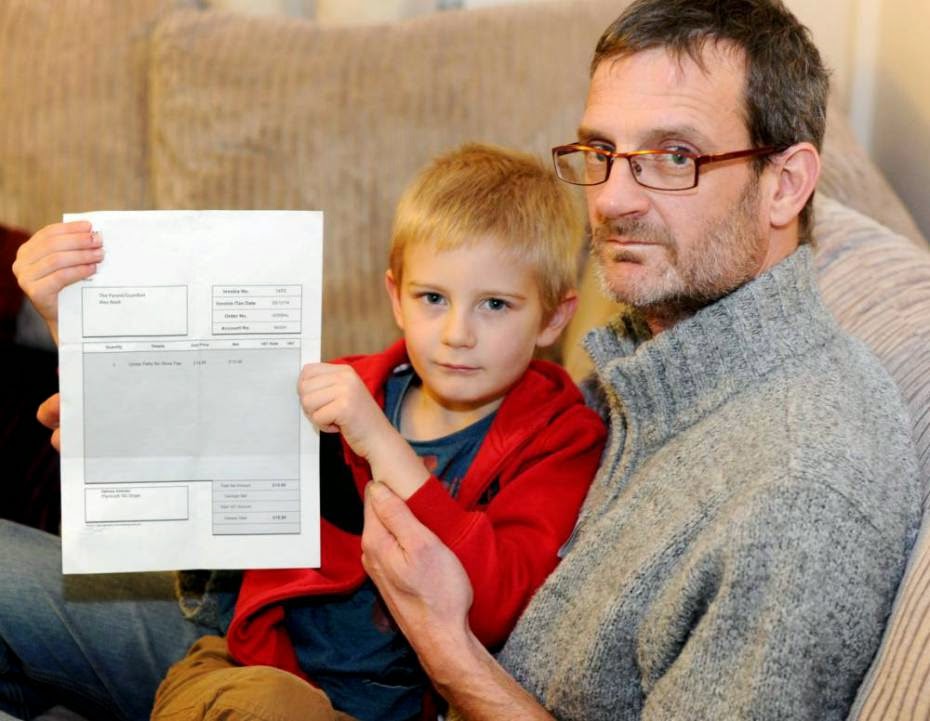 The parents of 5-year-old Alex Nash were shocked to find an invoice of £15.95 waiting for them in their son's bag from school for being absent at a friend's party. Alex refused to attend his friend's birthday trip to a local ski and snowboarding centre but chose to visit his grandparents on same day instead. His parents initially shrugged it off until the birthday boy's mother threatened to take them to a small claims court.

According to Alex's parents claimed "We did not have a contact number, email or an address to let [the boy’s mother] know," Mr Nash explained. "So on the day of the party we asked Alex what he wanted to do – he chose to be with his grandparents." The two mothers have been in contact to resolve the situation. 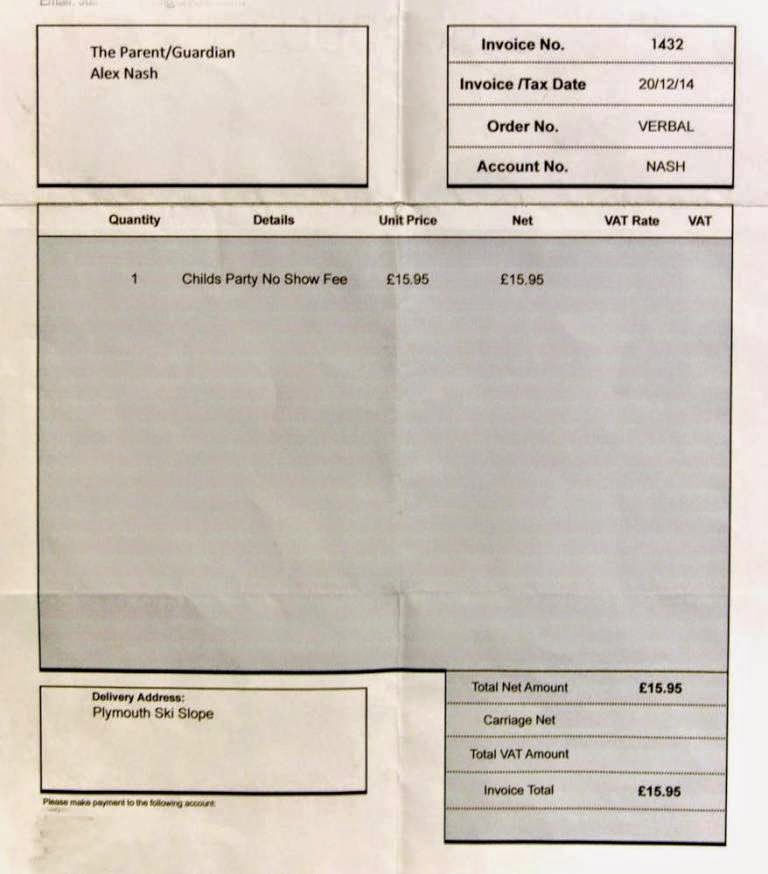 I hope they resolve the situation...Even if the boy had gone to the party,they would have still paid anyway.