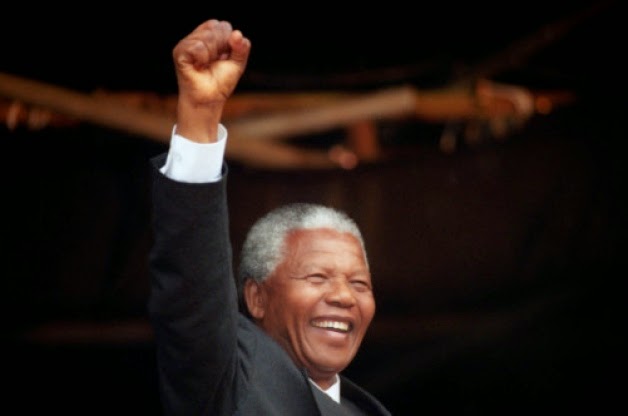 The City that perhaps is the second home of global icon Dr. Nelson Rolihlahla Mandela is at it again. Glasgow, Scotland's biggest city has commissioned Deirdre Nicholls to deliver £20,000 bust of the South African former leader.


Relationship between the man also called Madiba and the City dated back to 1981 when he was bestowed with the Freedom of the City status, even though he was still incarcerated by the apartheid regime in South Africa then. In appreciation of this gesture, Mandela paid a thank you visit to the City in 1993 and the relationship was further cemented with the renaming of one of the most prestigious address in the City - St George's Place as Nelson Mandela Place.

This time around, the bust which was unveiled today by Sadie Docherty - The Lord Provost of the City in commemoration of  Mandela's visit twenty one years ago. The bust will be positioned permanently in the magnificent headquarters of Glasgow City Council - The City Chambers.


Madiba lives on. Let Glasgow Flourish.
Posted by Duchess at 22:46