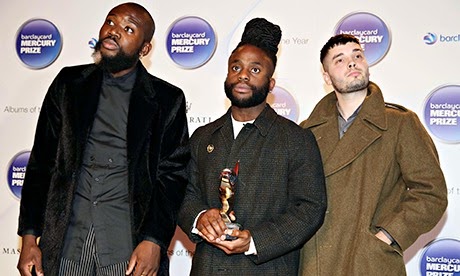 A hip hop group called Young Fathers has won the Mercury Music Prize on Wednesday. The Edinburgh, Scotland based group consist of members with a Liberian and Nigerian roots.

The trio Alloysious Massaquoi, Graham 'G' Hastings and Kayus Bankole are very happy to clinch the prize money of £20,000 ($32,000) award. The musicians whose record sold just over 2,000 copies before the award, sky rocketed hours after they were announced winners and even shot up to No.7 on the music charts. After the award, G Hasting said; "We'll take it in our stride. We always wanted to make something bigger than the city we were living in."