Carlos Slim: The man who can spend $1m daily from his wealth for 220 years! 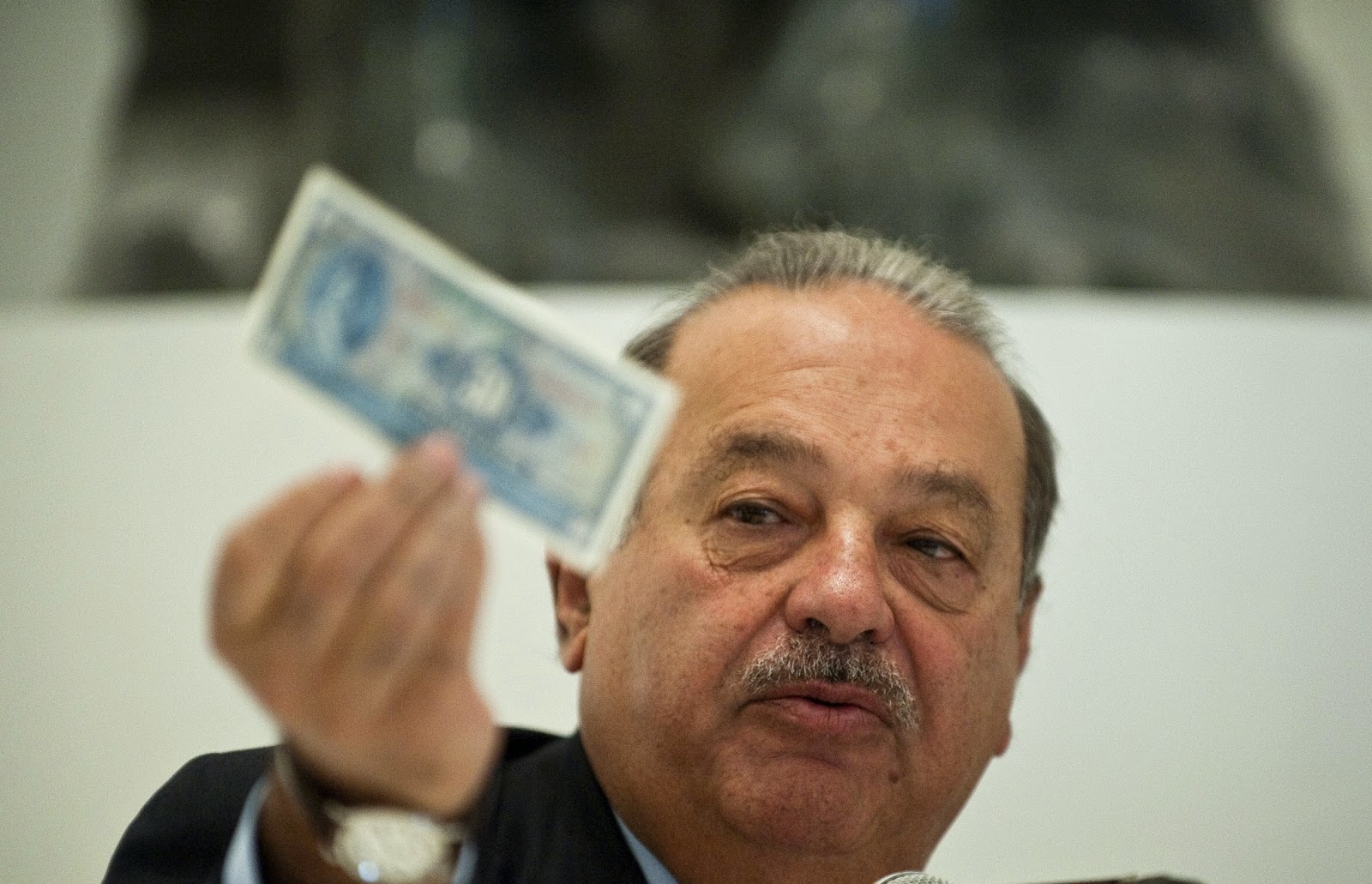 Whenever I hear 'Wealth distribution', I  remember Economics subject class in my elementary education days, but the significance of those words of the good Economics teacher were not fully appreciated until later days.  The same words of the teacher recently echoed again when it was reported that 85 topmost world billionaires holds the same wealth as 3.5 billion people of the world. I have therefore since this report, been seeking experts in  Economics and wealth distribution to lecture me on the logic of this realisation.

However, leading these 85 billionaires is Carlos Slim, who you would only describe as slim if you are ignorant of his worth. Carlos Slim, a Mexican and world richest man is of Lebanese descent whose father - Julian Slim Haddad moved to Mexico in 1902 from Lebanon.

Carlos Slim was born is Mexico in 1940. He has business interest in diversified sector of the world economy and presently has a networth of $80bn. This man can afford to spend $1m daily for another 220 years!

Waoh... That is some cash there! But think of only 85 people having the same wealth as half of the world's population. Economics experts in-house should lecture us on this.