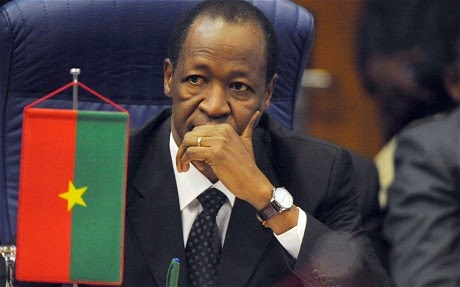 After being in power for over 27 years, the President of Burkina Faso resigns his position as one of the longest serving African leader. President Blaise Compaore was ousted following the street protest in relation to an attempt to extend his rule.

Compaore announced his resignation on Friday and the Armed Forces have taken over. The protesters cheered when the head of the force General Honoré Traoré made this announcement in the capital city of Ouagadougou.
The 63 years old ex-President was forced to abandon his seat to enable him flee to safety. It is still unclear if he would seek asylum in the country he finds refuge in.

I hope the uprising will bring the change they so desire.