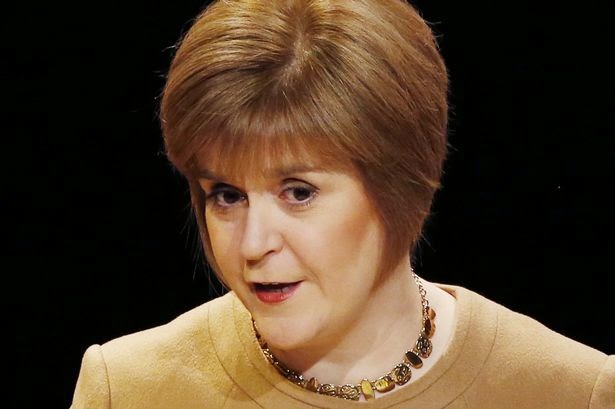 A new Scottish First Minister has been elected today 19th of November 2014, she is Nicola Sturgeon the former Deputy First Minister of Scotland. Ms Sturgeon is the first female to occupy the post after her predecessor and former boss Alex Salmond made intention to step down following the 'No' outcome of 18th September Scottish Independence Referendum.

Ms Sturgeon said she is aware she has 'big boots' to fill and that she would "wear them my own way". The politician has promised to represent all people of Scotland regardless of any differences. The experienced Member of Scottish Parliament whose political career started in 1999 and rose through the cadre to the position of Deputy First Minister and now First Minister, has promised to do her best to tackle inequality, poverty, enhance Scottish business and economy as a whole.

In her words she said: "My job is to serve you and I promise that I will do so to the very best of my ability." and also added "I hope that my election as First Minister does indeed help to open the gate to greater opportunity for all women".

Few weeks ago, the Brazilian first female President was re-elected, today Scotland's first female First Minister is elected.....What country is next in the trail of female leadership?