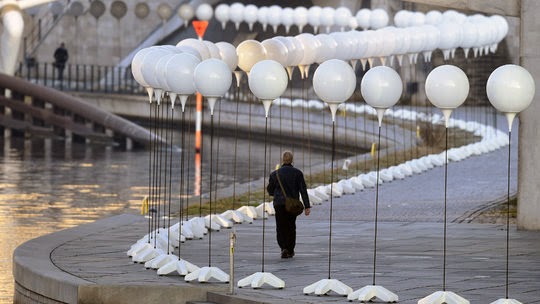 The present day Germany was once East Germany and West Germany demarcated by the Berlin Wall to prevent movement of citizens of communist ruled East Germany to the West. The wall was constructed in 1961.

In commemoration of demolition of the Berlin Wall 25 years ago, 8,000 illuminating lights white balloons are today placed along a section of where the wall previously stood. Concerts and exhibition are part of the events of the day.

German Chancellor, Angela Merkel is expected at one of the organised events. 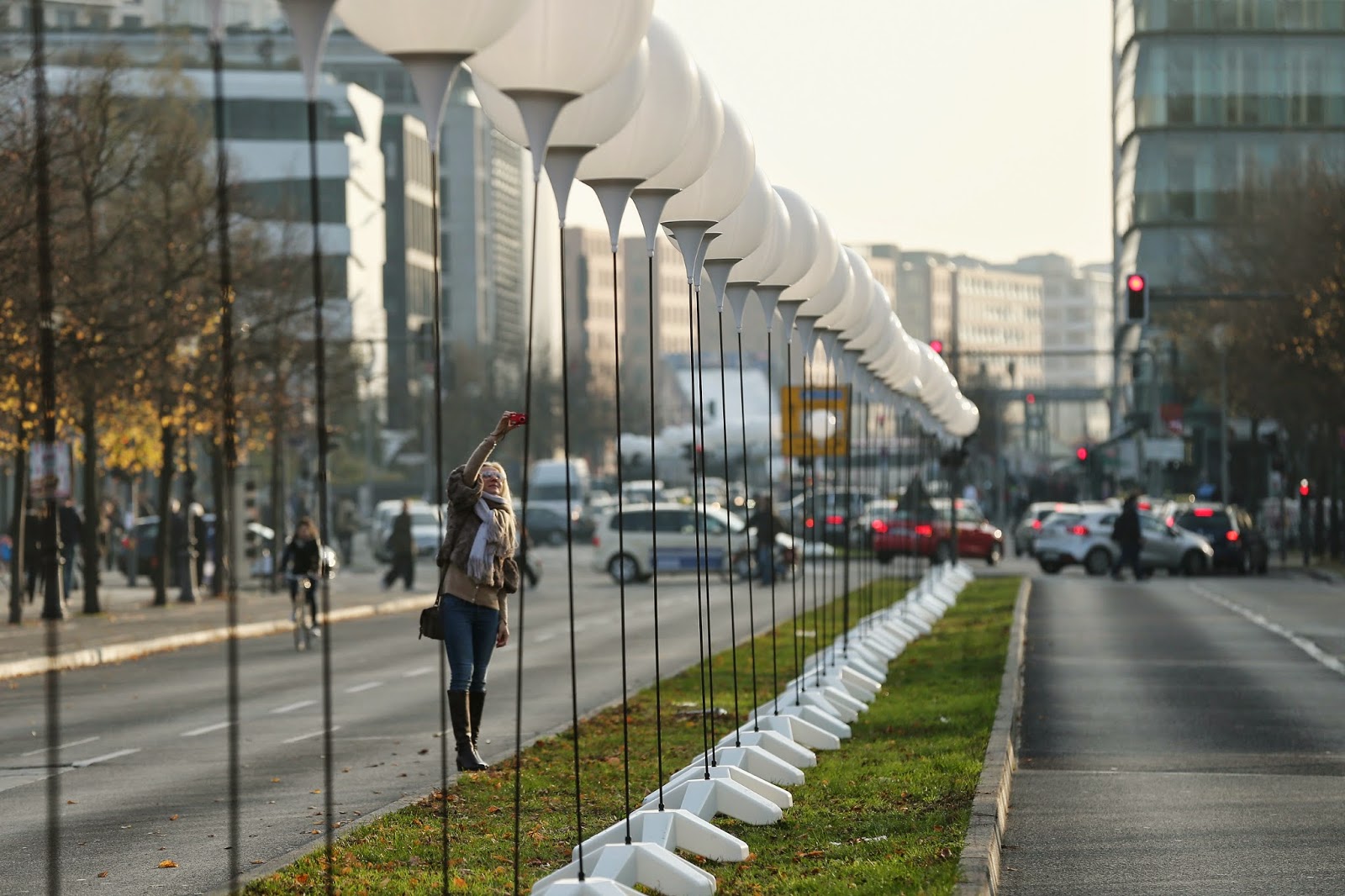 I guess I would be right to say demarcation, either physical or imaginary does no good but limits potentials.
Posted by Duchess at 23:26