Central Bank of Nigeria: New 100 Naira note due for circulation. 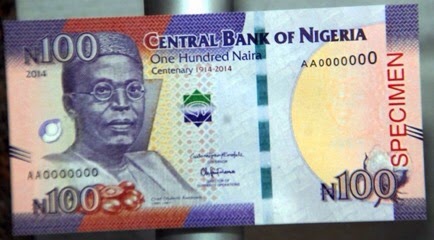 The Central Bank of Nigeria has picked 19th December 2014 to circulate the new N100 notes.
The banknote which was unveiled by President Goodluck Jonathan on 12th November 2014, would come before the launch of "Partnership Programme directed at Banknotes Equipment Manufacturers and other Machine Suppliers". The programme is designed to help manufacturers and suppliers to conform to the devices used for the new banknotes. On November 26th, the new bill would be sent to banks and cash-in-transit companies to aid circulation.

I hope the durability is fantastic this time around. 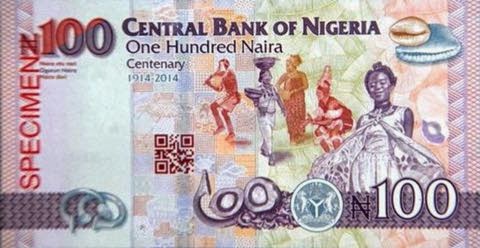