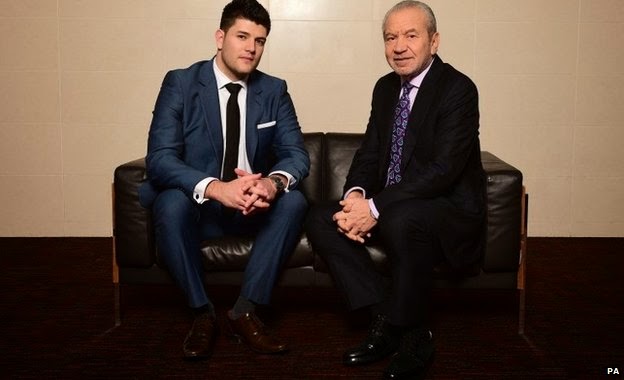 Mark Wright 25, has won the BBC show 'The Apprentice' on Sunday. The Australian will become Lord Alan Sugar's new business partner as he will be receiving a £250,000 investment in his digital marketing agency. Wright went head to head with Bianca Miller as the last pair standing in a number of 20 candidates in the beginning of the British game show, where a group of smart aspiring businessmen and women compete for an opportunity to work with the English business magnate.

Wright in his words said "its a bit of a rollercoaster" and added "but I'm in it for the long haul". During the finals stages, a lot viewers were rooting for Bianca Miller ,as she was able to make her mark in the show with her business initiatives.

After Wright emerged as winner Miller 25, said: "If you lose to someone who isn't very good, it's upsetting, but Mark is very credible. "I was happy to go up against him and if I was going to lose, to lose to him was the best I could hope for, really."

Congratulations to all of them...They have all done well.They have definitely proven they can sell water to well.
Posted by Duchess at 12:00