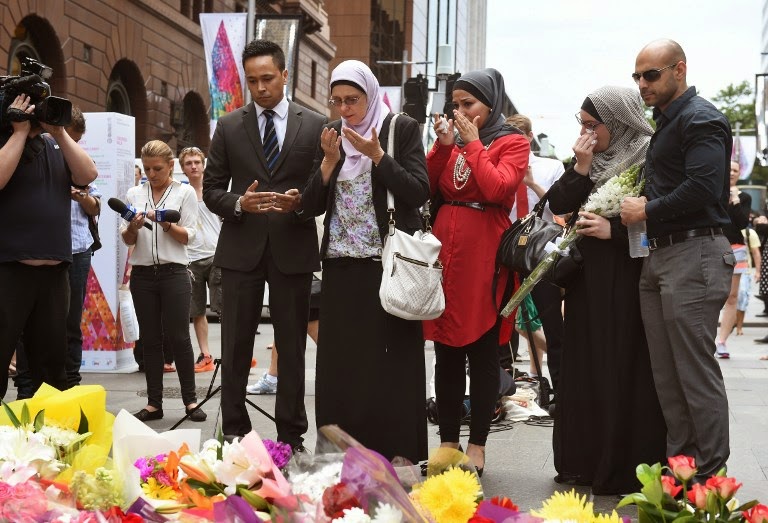 Australians have shown the world how to come together in time of grief. This is coming after an extremist Iranian-born gunman, Man Haron Monis 50, unleashed terror in the city of Sydney on Monday morning when people were busy going about their day-to-day activities. He stormed Lindt Chocolate Cafe in central Sydney holding people hostage, causing terror and engaging the Police in a gun battle after a long tiring 16 hour that resulted in a siege. Two hostages(a woman and a man) and the gun man died and four others were injured as the siege ended in a violent way.

In the above picture are a number of people from the Muslim community praying after they laid flowers at a floral memorial, a scene where the whole siege took place. Australians are still struggling to come to terms with this unfortunate incidence which has put a test on what bonds them as Aussies.

The fear of reprisal attacks on Australian Muslims has sparked a Twitter solidarity movement which has gone viral on the internet. #illridewithyou hashtags encourages tolerance for one another and for people to feel safe and go about their normal duties. 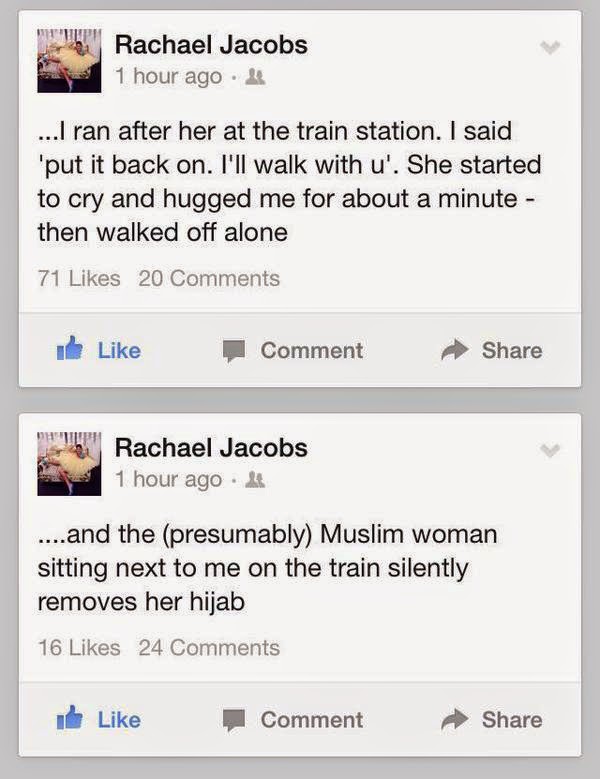 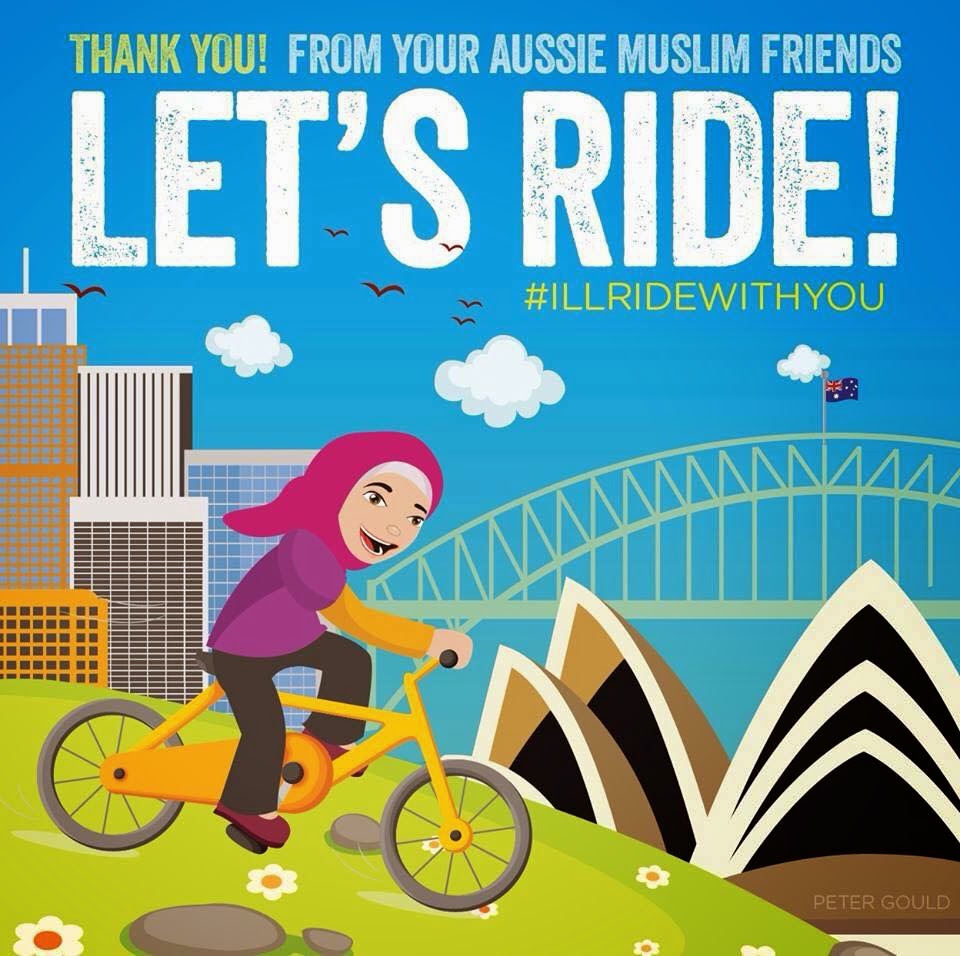