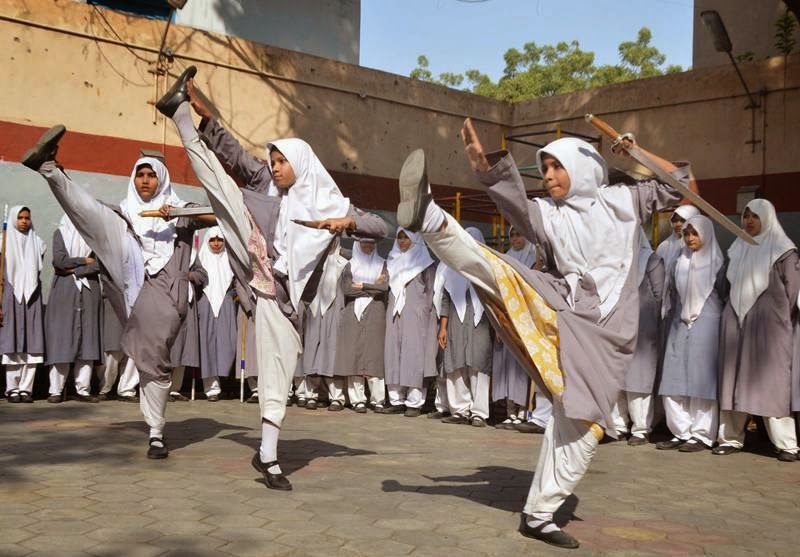 In the spate of reports on rape, harassment, abduction, kidnapping and abuse of girls in India, a group of students in an Indian school has found a way to fortify themselves with defense skills by choosing the Chinese martial arts as a way to combat the ordeal.
In the pictures, are students from a local high school in South India's Hyderabad. They appear to be skilled in the art of fighting with sticks and swords and also moves to engage an enemy in a battle. 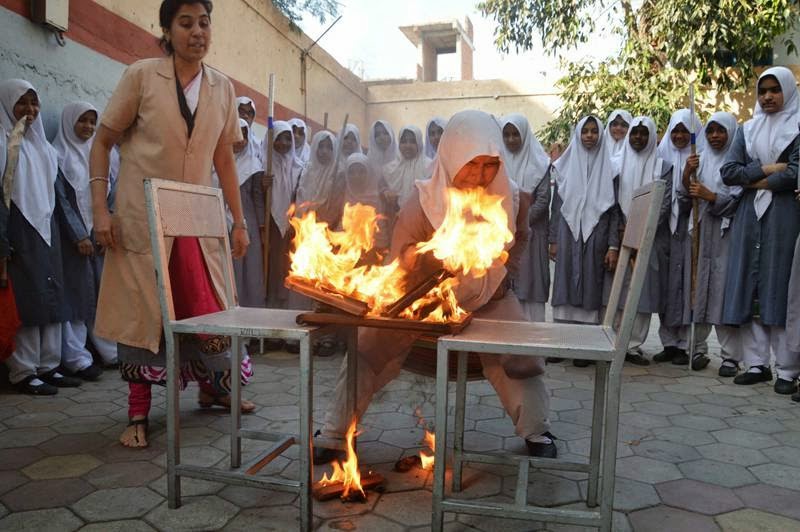 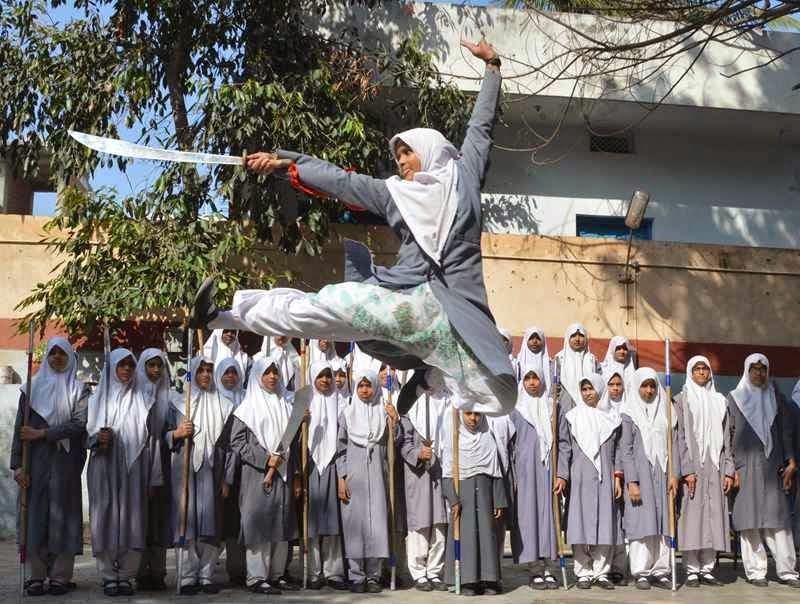 Looks to me that this might be a deterrent...At least if any girl finds herself in dangerous situations she is able to defend herself.