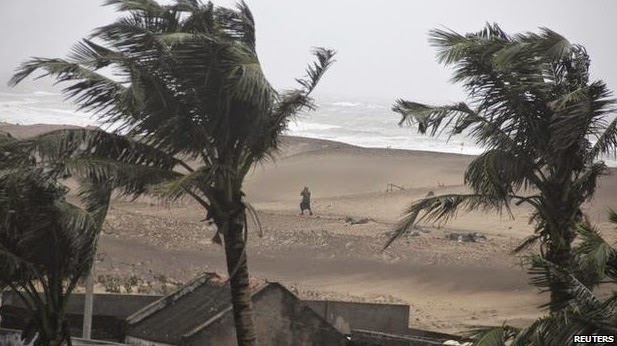 The eastern coast of India is in the grasps of severe Cyclone called Hudhud.

Cyclone Hudhud brought in its wake winds of up to 200km/h with catastrophic effects that have ruined the landscape. Death toll is about 3 now.

Close to half-a-million people of the affected coastal areas have been relocated to safety.
Posted by Duchess at 17:42