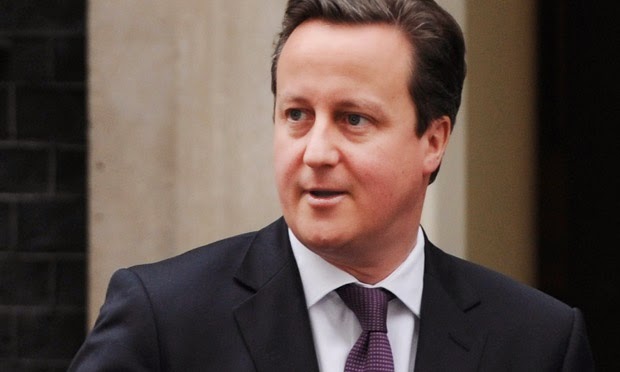 The Prime Minister of Britain was today pushed by an angry man as he was leaving Leeds Civic Hall. The security team did their jobs by swinging into action to prevent or avoid a scene.

Mr Cameron who was in Leeds to back plans for High Speed rail projects in northern part of Britain, was aware of the urgency as he quickly made his way into his waiting vehicle, whilst the man got arrested and taken away.


Ross Parry 28yrs, has since been released after his details were thoroughly checked and allowed to make his way home.
Thank God we are not telling a different story!
Posted by Duchess at 19:43