Canadians in Cold lake, Alberta thronged out on Friday to show you can make their land a home. This came after two attacks on Canadian soldiers by extremist Muslims including another episode of shooting at Canada's parliament building.

A local mosque in a reprisal attack was vandalized with upsetting inscriptions written multiple times across the outside of the building in red spray paint and windows smashed. It stated "Go Home". Few hours later, community volunteers came out, cleaned up and put up their own signs saying "You are home."

Aww... these people must be warm and welcoming! 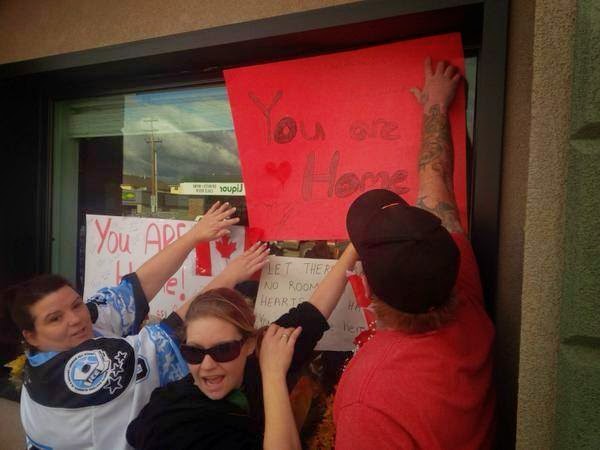