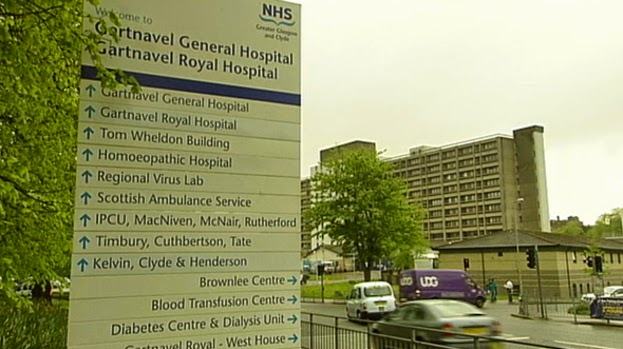 A healthcare worker who arrived from Sierra Leone on Sunday has been admitted and taken into isolation after being diagnosed with Ebola. The woman who was immediately taken to Gartnavel Hospital in Glasgow is being prepared for a move to the Royal Free Hospital in North London overnight by an air ambulance. UK's Health Secretary Jeremy Hunt said the health worker would be taken to a special unit in London for further treatment.

The Scottish First Minister Nicola Sturgeon said: "Apart from other passengers on the flights and obviously the hospital staff since this patient's admittance to hospital, she, the patient is thought to have had contact with only one other person in Scotland since returning to Scotland last night and that person will also be contacted and given appropriate reassurance."

I hope everyone is safe from this dreadful disease.
Posted by Duchess at 08:00