Six people dead and others injured as bin lorry run into shoppers in Glasgow city centre. 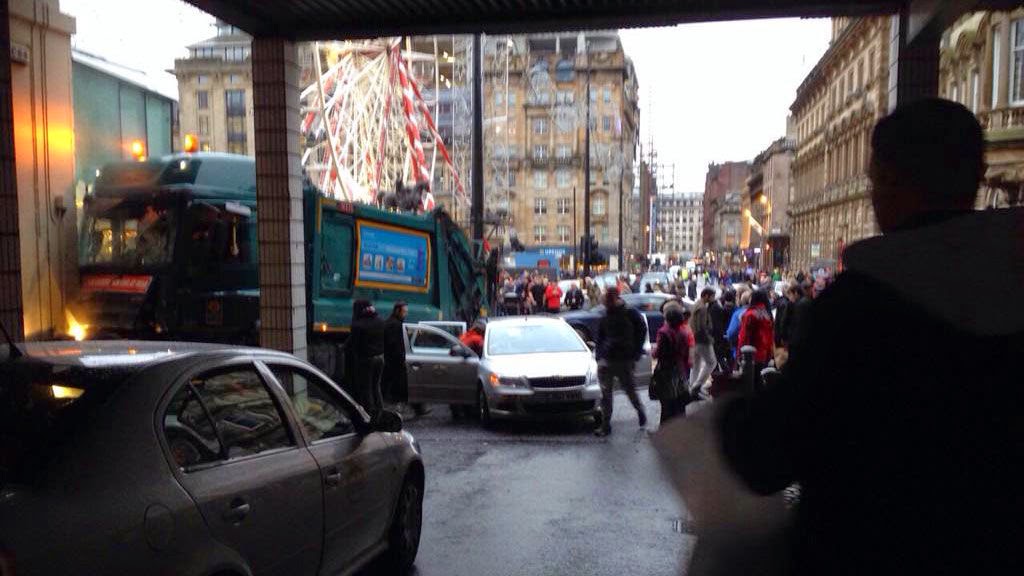 Pedestrians were left bewildered on Monday when an out of control refuse lorry rammed into people in George Square in the center of Glasgow, Scotland. Police say the lorry went around 300 metres along the pavement killing six people and injuring several others. The incident is coming as shoppers were making their rounds of Christmas buying and other amusement around the George square.
An eye witness account says the driver was seen to have slumped at the wheel before the impact as the lorry sped seemingly out of control. Out of those taken to the hospital is the driver of the refuse lorry.
According to the spokesperson of Police Scotland Superintendent Stewart Carle, said "It's a road traffic accident, nothing more sinister. For now it does not look to be a criminal or deliberate act that has taken place here this afternoon, but we need to have time to investigate it."

My heartfelt condolence to the families of the victims.
Posted by Duchess at 19:21