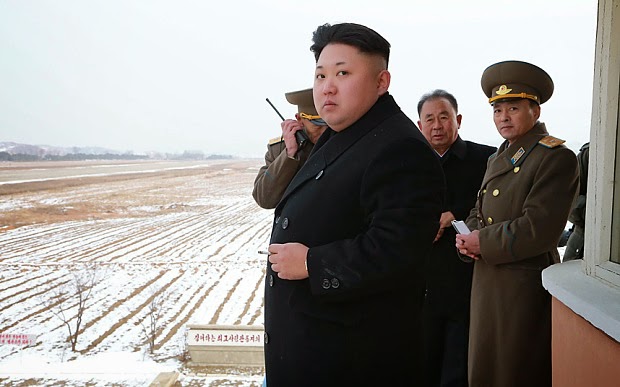 North Korea is at the moment going through internet outage days after President Obama promised a "proportional" response for the cyber attack on the country's Hollywood studio - Sony Pictures in the wake of impending release of 'The Interview' - a fictional movie on killing of North Korea leader, Kim Jong-un.

The United States authority has refused to be drawn into the present internet predicament in North Korea, but the spokesperson for the US State Department Marie Harf is reported to have commented that: "As we implement our responses, some will be seen, some may not be seen." The super-highway connectivity problem may in some opinion be as a result of infrastructural/system maintenance.

Let the powerful countries and their leaders exercise restrains in their responses and actions. All the world needs now is PEACE!
Posted by Duchess at 23:19