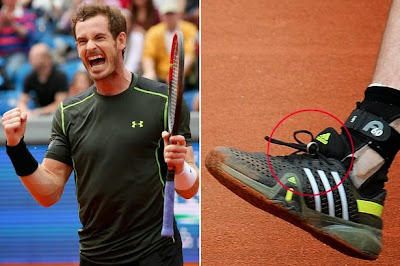 The Scot tied-in the ring to his shoe lace at the final tournament. It might be right to say that the ring from his marriage to Kim Sears a month ago is a luck bearer as the player won the tournament- his first tournament after the wedding.
The win is also the first clay-court title after 39 years for Britain. I guess his efforts at not misplacing the ring has revealed a wonderful treasure it is!
Posted by Duchess at 15:15