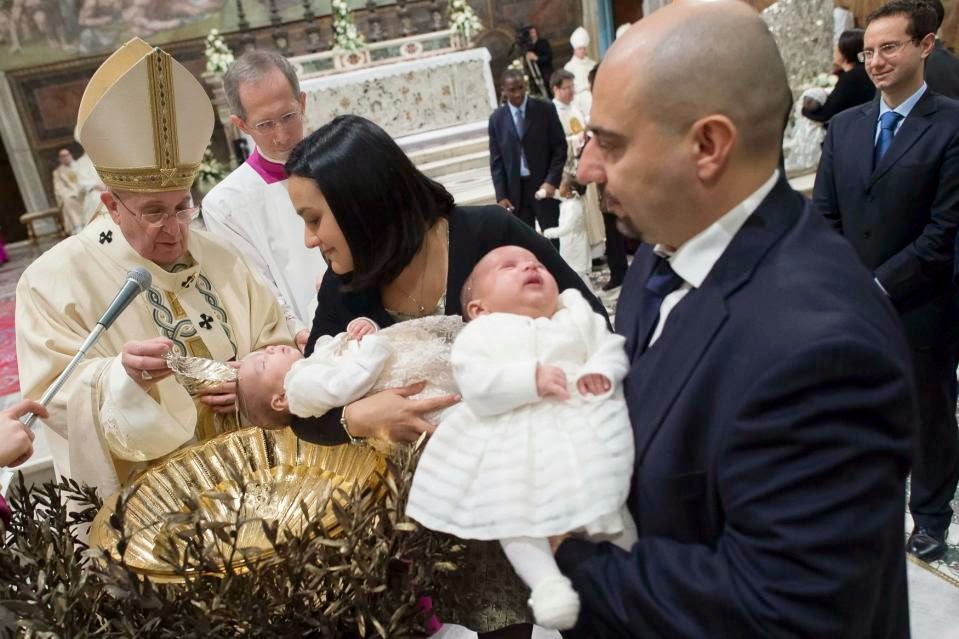 Mother and their babies world over received the seal of approval on two interwoven parenting issues - 'Breast feeding and Breast feeding in the public' from one of the iconic figure in the world - Pope Francis.
In the course of baptism ceremony for babies yesterday at Sistine Chapel, the Pope during the ceremony asks mother of the children, majority of who were crying to breastfeed them. The pontiff says that when toddlers are hungry mothers should 'allattateli' which is Italian word for: breastfeed them. He summed his statement up by saying that several parents in the world could not provide foods to their wards.

So mothers, feel free to breastfeed your babies on demand anytime everywhere.
Posted by Duchess at 15:56