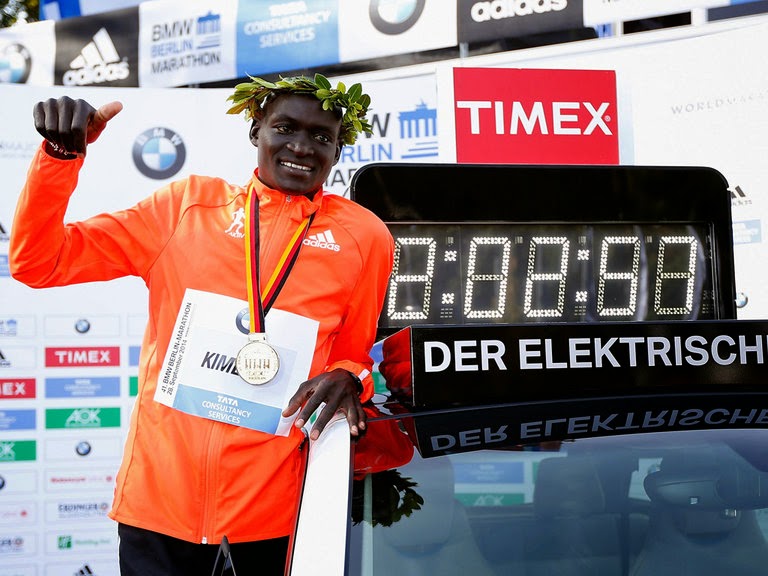 A 30 year old Kenyan, Dennis Kimetto has broken the marathon world record in Berlin. He distinguished himself by finishing the race in two hours two minutes and fifty seven seconds leaving behind a team of seven men including his fellow Kenyan Emmanuel Mutai. In response to the reporters, he said “I feel good because I won a very tough race,” and “I felt good from the start and in the last five kilometres I felt I could do it [break the record].”
Posted by Duchess at 21:59