"When you see an invention"- Strive Masiyiwa 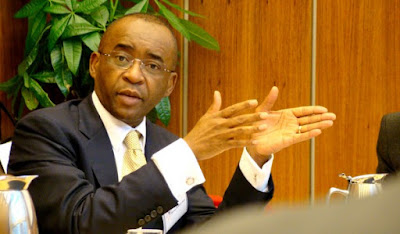 Strive Masiyiwa is a London based Zimbabwean businessman based in London. He is the founder and chairman of global telecommunications group Econet Wireless. The 54-year-old entrepreneur is a well known philanthropist clamouring for a new state of affairs in the African continent.

Masiyiwa lends his voice against corruption plaguing the African state, he gives talks on creating employment to alleviate poverty, Africans investing in Africa, he also holds discussions on business strategies to creating wealth and enhancing leadership qualities in the continent.

Masiyiwa's posts on social media are very stimulating, just like what he posted on his Facebook page. Read..


"When you see an invention by someone else, that you would also like to emulate. You must first check to see if it is patented. If you find that it has been patented, you must get in touch with the owner of the patent, and negotiate with them rights to use their invention. Most people will be happy to enter into an agreement that allows you to use their invention for a share of the income you will make. This is normal business, and it is why patents exist.
You must always respect the intellectual property(IP) of other people. This is why you must approach them, if you find it is patented.
In our company we have a legal team that specializes only in protecting our company's ideas. They are also responsible for approaching other people to secure rights, to use their patents.
I have discussed Intellectual Property protection before, and if you want to know go back to those posts.
Mobile Cellphones were invented by an American company in the early 1970's. Today thousands of companies around the world make money from that industry. This means we are "fast followers".
Steve Jobs, did not invent cellphones. The company that he created, Apple, has become the largest company in the world, developing products, invented and patented by others before them. Steve Job, is a very successful "fast follower".
Cement is an invention and it was not invented by Aliko Dangote. This makes him also a "fast follower".
Most of the products you use, are made by "fast followers", who innovated products first invented by others, who themselves probably never even managed to start a business.
The Tentmaker, said "when I became a man, I put ..... things away.""