Power of the narrative -The Logical Indian 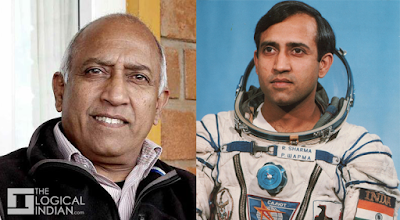 I saw this on The Logical Indian and I thought it was a good way to celebrate a man who has done well in India. Its very humbling to read what this astronaut has to say.

"Had an inspiring chat with India's first man in Space and my all-time hero Rakesh Sharma today morning. Never wanting to be in the limelight even for once, Rakesh Bhai, as I would often call him, is now happily enjoying his retired life in Coonoor.

When I told him that he still has a huge fan following, the down-to-earth ex-astronaut said: " I'm surprised that the young who were not born (when he went to Space), remember!"
He signed off the conversation with an invitation to join him once. "All I had to say has been said and been written over & over again. I'm quite happy in my anonymous existence," he concluded."