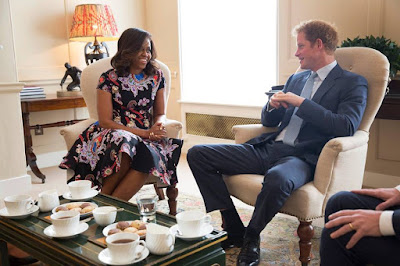 First Lady of the United states Mrs Michelle Obama has arrived United Kingdom for a visit. She arrived in company of her mother Marian Robinson and two daughters Malia 16 and Sasha 14-year-old.

During her visit, Mrs Obama, 51, met with Prince Harry at Kensington Palace for tea where they shared their interests in support for ex-servicemen and their families. They also talked about her #LetGirlsLearn initiative which she also discussed on meeting with UK Prime Minister David Cameron and wife Samantha.


The mother of two highlighted her campaign to make world's poorest girls have access to education and also for it to be made 'an urgent economic issue'. She made an appeal to help adolescent girls worldwide make school a priority and also for other countries to give education a boost. 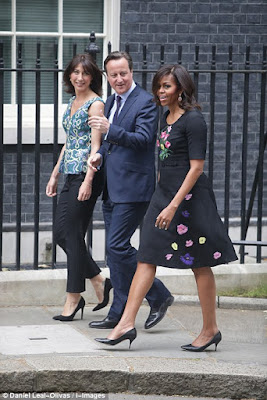 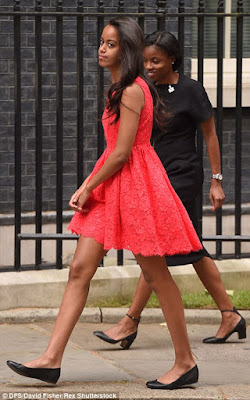 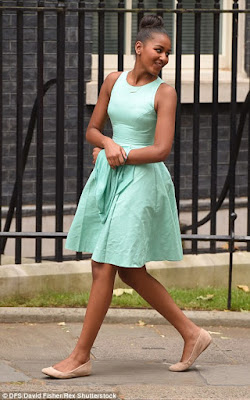 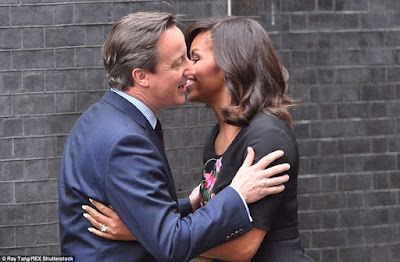