Starbucks counter exhibit gets a frown from Thandie Newton 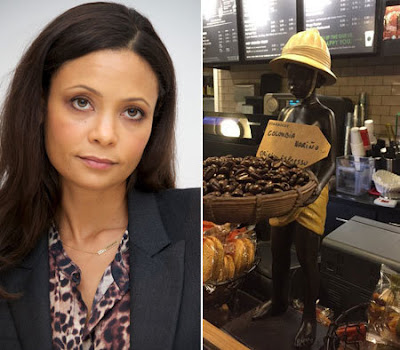 The coffee house chain has tendered an apology to actress Thandie Newton for displaying a statue of a black child holding coffee beans basket in a London store. The British born actress found the sculpture dressed in a loin cloth with a safari hat very offensive.

She tweeted " Seriously @Starbucks? At the counter - Loin cloth and Safari hat on a black child,” And added “Happy New Year circa 19th century.”

Starbucks responded on its twitter handle saying;“@thandienewton we are very concerned to learn of this incident & we can’t apologise enough,” the company tweeted to Newton. “We have removed the figure & are investigating.”
Following the incidence, the company tendered a formal statement saying “Serving as a welcoming place for everyone is core to who we are as a company. As we became aware of the offense, we immediately removed the figure from our store. We aim to provide an inclusive environment for all customers and communities in which we serve, and we are working with our partners (employees) to avoid similar incidents from happening in the future. We apologize for the offense caused.” 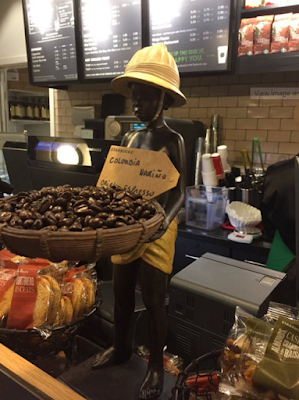