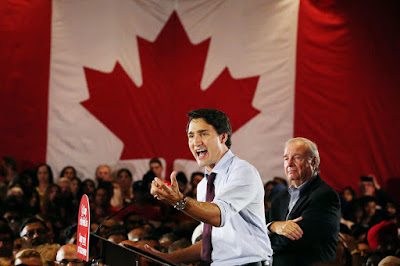 Canada's federal election has produced a new leader - Justin Trudeau. Justin who assumed leadership of the country is son of Pierre Trudeau, a former prime minister. He led the Liberal party to clinch majority seats in the country's parliament.
In his victory address he said  ''...it's time for a change in this country, my friends, real change."