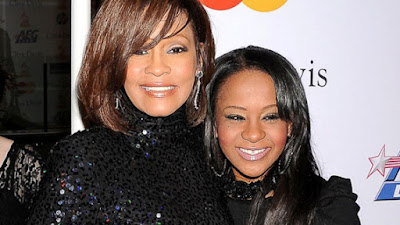 Late singer Whitney Houston's only child, Bobbi Kristina Brown has passed on. The family spokesperson Kristen Foster said she passed away on Sunday surrounded by her family members stating "finally at peace in the arms of God".

Bobbi was found face down and unresponsive in a bathtub on the 31st of January and was immediately placed in a medically induced coma which she never recovered from.

The 22 year-old was moved to a hospice in the city of Duluth Georgia about four weeks ago when her conditions degenerated.
Bobbi Kristina Brown was the only daughter of Whitney Houston and R&B singer Bobby Brown.

Our condolences to the family..Its sad.